It’s summer vacation! That means travel, barbecues, family time, and days off. If you live in Phoenix, you’re probably dying to drive up north to get away from the heat. Flagstaff is popular in the winter, but there is plenty of hiking and other natural attractions to draw tourists in the summer. As a result, downtown Flagstaff has been developing a more trendy food scene.

On National Doughnut Day this year, Boyfriend and I did some research while up in Flagstaff. A Yelp search brought up Tourist Home downtown. The name comes from the origin of the building – an old boarding house for tourists in Flagstaff. Located conveniently next to a city parking lot, you can use one of multiple entrances to go inside. Though the outside building design is loyal to the older, brown, cabin-style architecture you would expect to see up north, the interior is well-designed and trendy. Take a seat at the bar or head to the bakery counter to order.

There is a vast array of pastries, but given the “holiday,” we focused on the doughnuts available. Tourist Home is famous for their cruellers, so of course we had to get one…. followed by two other doughnuts because they were having a special, okay? 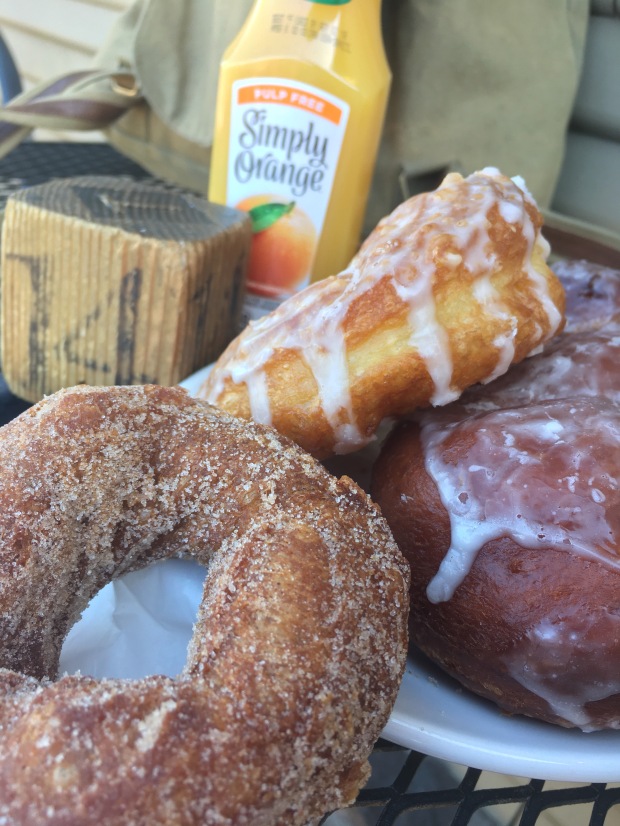 My favorite was the ?

Boyfriend liked the creuller, but he enjoyed the

I promise we ate food other than doughnuts for breakfast. I ordered a slice of the quiche of the day, expecting a small slice for a healthier contrast to the doughnuts I’d had earlier. Instead I ended up with a piece that puts Chicago-style pizza to shame. The dense, massive slice was accompanied by a very fresh, lightly dressed salad. The salad was a acidic and light contrast to the heavy and salty quiche.

Boyfriend opted for a local favorite – huevos rancheros. Homemade tortillas were topped with black beans, an egg with a runny yolk, cotija cheese, and a smooth, spicy tomato salsa. This was served with a side of crispy home fries. This is still his favorite, despite trying huevos rancheros at other restaurants since our visit to Tourist Home. 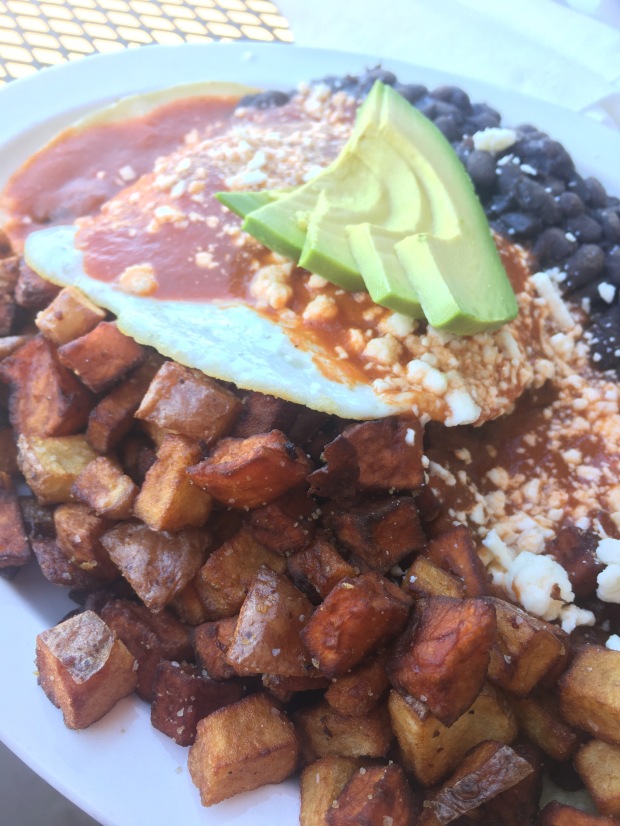 I’m not sure if the breakfast was the greatest I’ve ever had, especially since the price of food seemed higher than in Phoenix. I enjoyed eating outside in the cool breeze, watching people pass by walking their dogs. I was impressed by the variety of the menu. Breakfast at Tourist Home can vary from juices and protein-rich options to coffee and doughnuts or other rich pastries. After breakfast, enjoy a walk around the city, hit up an event on campus, or head over to the famous Riordan Mansion.